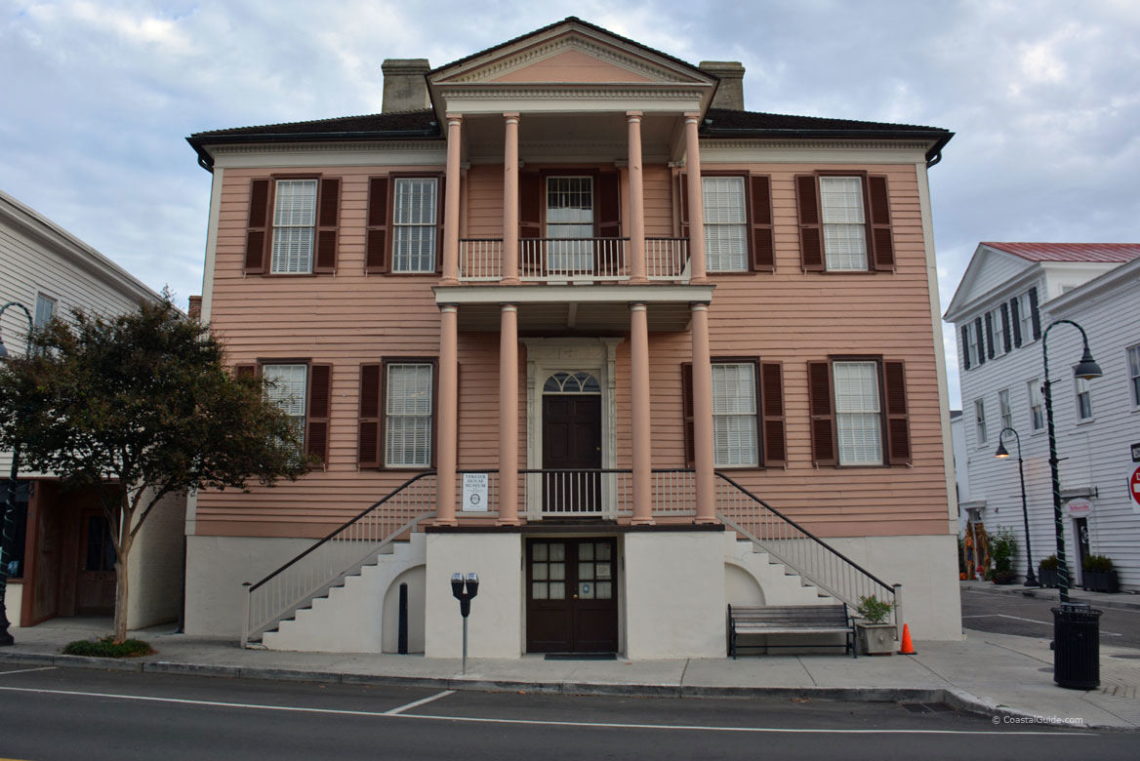 Visitors strolling through the riverfront regions of the city are encouraged to pause, take a tour, and soak in the fascinating tidbits and centuries-deep history that this esteemed estate and prominent local landmark offers in spades.

John Mark Verdier was a French Huguenot, (a religion that surprisingly thrived in the coastal South Carolina region due to the number of transplanted and persecuted devotees to the New World), who settled in Beaufort to build a plantation-based fortune. The local merchant and subsequent plantation owner was tremendously successful in his endeavors, and made a mint in the highly profitable Indigo trade of the latter 18th and early 19th centuries. By the second half of the 1700s, Verdier had traded enough indigo to acquire more than 1,000 acres of Sea Island cotton fields and plantations, and as a result, his personal fortunes soared.

Shortly thereafter, he built a home to represent his rise in society - a Federal style mansion in the historic downtown district, close to the water, that cemented his ascent from the well-to-do merchant class to a wealthy member of Beaufort's elite.

The exceedingly grand home with two levels of white pillared columns supporting two levels of front porches was a legendary local landmark from the get-go, and was even selected as a preferred home base by occupying Union Soldiers during the Civil War. John Mark Verdier himself would pass away in 1827, just 20 years or so after the home was complete, but his son James Robert Verdier would rise to regional fame as well as one of the first successful pioneers in the battle against the deadly and prevalent-at-the-time Yellow Fever.

After the home was listed on the National Register of Historic Places, and a contributing property to the Beaufort Historic District, it was opened by the Historic Beaufort Foundation as a historic house museum. Today, visitors are free to tour the inside of the perfectly preserved home via a professionally guided tour to uncover all the secret stories and notable marks in history that this early Beaufort residence boasts in abundance.

Tour-goers will be able to admire the wide interior brick arch which supports a 4 story chimney and four subsequent fireplaces, and marvel at the fine hand-carved mantels that discreetly hang over every grand fireplace, and are adorned with ornate carvings of allegorical figures, ribbons, fruit, flowers, and sheaves of wheat.

The construction of the home itself was based on era-appropriate shipbuilding techniques, with beams and hand cut boards laid horizontally. The method was unusual for South Carolina's vast estates at the time, but proved to be fruitful in the long run - after all, the John Mark Verdier house is one of the few historical structures of such grandeur in the region still standing, even after the Civil War, and an 1893 hurricane which devastated the region.

Other interesting facts that tour-goers will explore in detail include the property's status as the first Beaufort home to have a telephone, and its original design which did not include any kitchen, bathrooms, or closets - at least, not within the interior of the house. All of these standard features were originally found outside.

Photos are not allowed inside the home during the tour, however, visitors are free to take snapshots of the exterior of the property at their leisure. The tour itself may be a little slow for young visitors, however, adults will be fascinated by the roots of the home and its owners, as well as the exhibits of the area's notable figures and events which are on full display.

There are three exhibits consistently on display at the house museum, in fact. These exhibits includes a focus on Robert Smalls, a Beaufort resident who was the first African American to serve in the U.S. Congress in 1875, a collection of Civil War-era photos by local Samuel Cooley, and an exhibit honoring the Beaufort Volunteer Artillery, which fought valiantly in both the American Revolution, and less than a century later, the Civil War. All of these displays are explored in detail, with appropriate period-artifacts, and are included with the price of an admission ticket to tour the John Mark Verdier House Museum.

The John Mark Verdier House Museum is open from Monday through Saturday, with Docent-guided tours available every hour on the 1/2 hour from 10:30 a.m. until 3:30 p.m. Passer-bys are free to explore the outskirts of the property and the grounds at will, however a guided tour is required to explore the depths of the home itself. Admission generally runs around $5.00 per person, with special discounts for children, and the brief but engrossing tour lasts about 30-45 minutes or so. More information on hours of operation, special events, and other group tour queries can be directed to the John Mark Verdier House Museum at 843-379-6335.

Clearly, the John Mark Verdier House holds a number of distinctions in the small historical city of Beaufort. As the only house museum in the city, a relic of the pre-Civil War era, and a testament to the grand lifestyle of the region's earliest successful merchants and pioneers, this house has plenty of history that can readily fill an all-too-brief 30 minute tour. Take a break exploring the Downtown Beaufort sites, and step inside to explore, in-depth, one of the original landmarks of this distinctively historical and genuinely southern town. The end result is sure to be an enlightening excursion, and a favorite memory for any coastal South Carolina visitor. 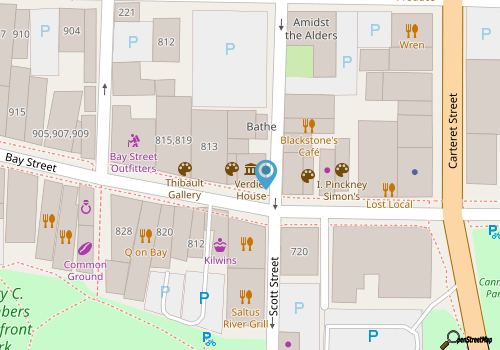